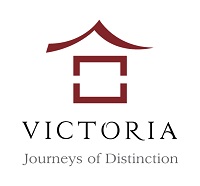 You are at:
Victoria Hotel BlogEat & DrinkCelebrating Vietnam’s Mid-Autumn Festival

While Tet (New Year) is still the mother of all Vietnamese holidays, the Mid-Autumn Festival (Vietnamese: Tet Trung Thu) is second in popularity – a colorful, exciting festival revolving around children. With its origins in the Rice Civilization of the Red River Delta in Vietnam’s north, the festival celebrates the end of the harvest, a joyful time when parents can relax from hard work and do something special for their children. The Mid-Autumn Festival is held on the 15th day of the 8th lunar month which is often in late September or early October, after the harvest season.

The festival features elements like ancestor worship, lantern carrying and lion dancing. An altar is placed in the yard (or in front) of each home during the evening of the full autumn moon loaded with trays of moon cakes, pomelos (large grapefruits), persimmons, bananas and more for family members to enjoy while gazing at the harvest moon.

A legend associated with the Mid-Autumn Festival is of Chu Cuoi and Hang Nga, a couple who floated away with a cinnamon tree during a storm, all the way up to the moon. It’s said that during a full moon, you can still see them sitting under the tree on the face of the moon. During the Mid-Autumn Festival, children wear animal-shaped masks and carry star lamps and paper lanterns, hoping to help Chu Cuoi and Hang Nga find their way back to Earth.

The festival is punctuated with singing and dancing. Dance troupes made up of kids and teens can be seen parading through towns and villages, performing delightful lion dances which are believed to bring good fortune. Drum beats fill the air.

However, as Vietnam is a land of three distinct regions, each one has their own way of celebrating “Tet Trung Thu”.

The Subtle and Sophisticated North

Northern Vietnam welcomes the autumn’s transformation of nature. The joy of a bumper rice crop is celebrated with young green rice flakes (Vietnamese: com) and with the sweetly pleasant aroma of ripe fruits like persimmons and pomelos.

In the weeks leading up to the festival, Hanoi’s streets, especially those of the Old Quarter, are filled with moon cakes, lanterns, small drums, lion heads and toys.

Keeping the thousand-year-old tradition from the ancient citadel of Thang Long, Vietnamese people often give boxes of moon cakes representing wishes for prosperity, first to the elders in the family, then to relatives, friends, neighbors and customers. The last box of moon cakes is placed on the altar of the family ancestors, to be shared among the whole family with a warm cup of tea in the light of the full moon.

At the cultural intersection of North and South, the Mid-Autumn Festival in Vietnam’s Central region focuses more on “gathering” than “ceremony”, with the ancient port city of Hoi An being one of the most picturesque places to celebrate Tet Trung Thu.

Hoi An’s compact old quarter comes alive during Mid-Autumn Festival with folk games on the streets and floating lanterns on the river running through the town, making for a magical atmosphere.

Adding to the festivities are groups of lion dancers who engage in mock dance battles in a contest of skills, involving the coordinated efforts of up to a dozen people performing a mixture of rhythmic dance and acrobatics. Sometimes, fireworks are even included, spewing sparks from the lion’s mouth, which is always a crowd-pleaser.

As South Vietnam, anchored by Ho Chi Minh City, is a melting pot of all of Vietnam’s cultures, Tet Trung Thu is an occasion for people to express their appreciation and respect for neighbors and friends, who have become like family members who look out for each other.

Weeks before, companies buy moon cakes by the boxloads to give to employees, partners and customers. Also, people who perhaps relocate because of work prepare these delicious sweet and savory cakes to bring back to their families during the Mid-Autumn Festival – one which celebrates friends and family!

If you find yourself in the Mekong Delta during the weeks leading up to the Mid-Autumn Festival (this year on September 27, 2015), stop by the lovely Victoria Can Tho Resort and try our delicious homemade moon cakes along with a cup of coffee or tea. Details here: http://www.victoriahotels.asia/en/news/220-celebrate-the-mid-autumn-festival-with-moon-cakes

A River Tour of the Mekong Delta

The Ancient House of Binh Thuy